“Your Safety in Our Hands” – Delivering the Group H&S Message 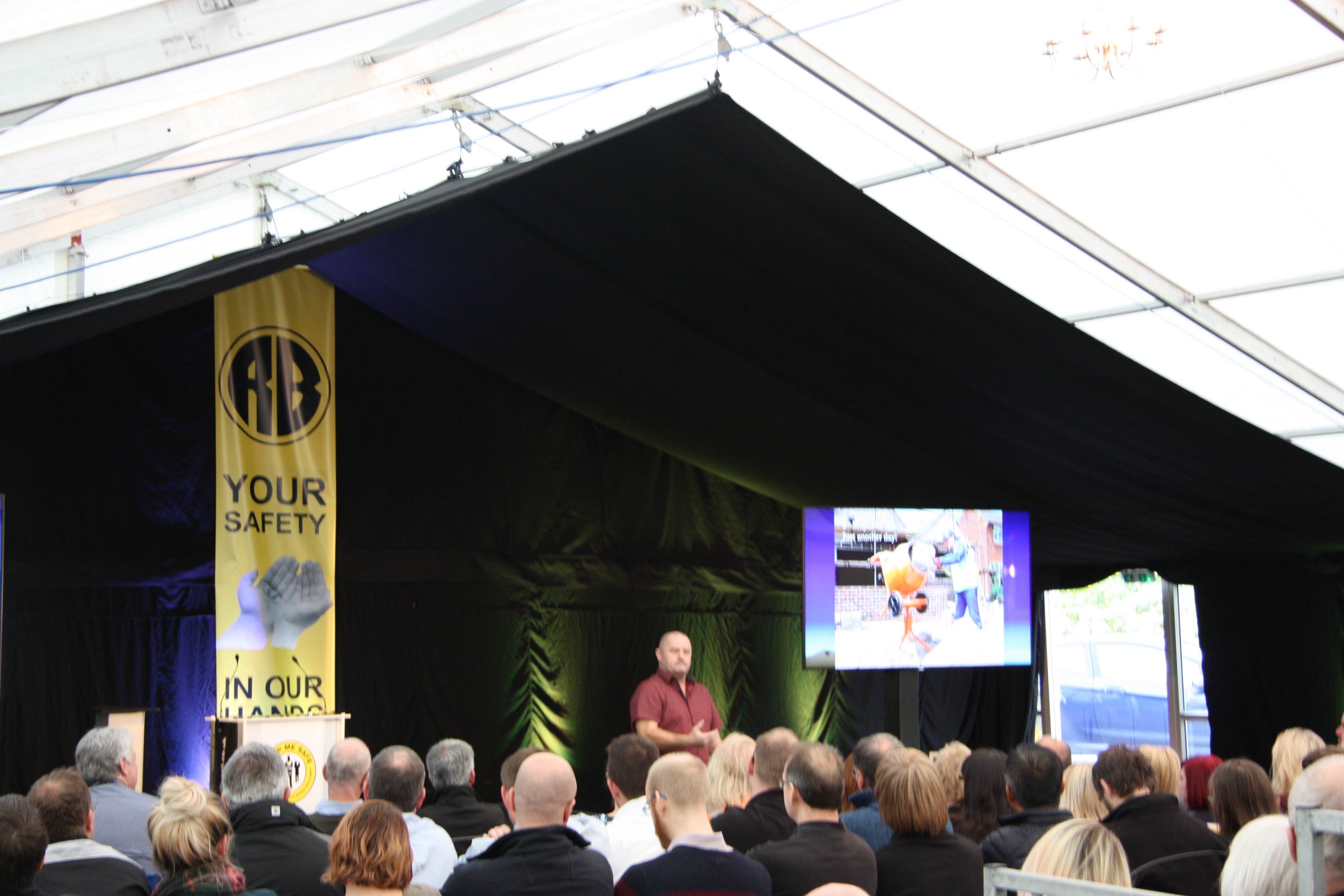 Posted on October 24, 2017 at 1:03 pm in Midlands, Press Release by Roger Bullivant Limited

Staff Health and safety stand down days were staged at RB headquarters in Derbyshire.
As part of group international safety week, the two day event meant everyone employed by the company could attend.

Following this year’s topics of hands and mental health, hard hitting messages were delivered by a variety of speakers. Staff then broke into groups to tour the new manufacturing facility at the Swadlincote headquarters.

Everyone was also asked to complete an H&S survey to provide their views on the company’s procedure and practices and offer suggestions on improvements.

“It was a really interesting day,” said one employee. “Not only did the health and safety message get across, it was great to see the new HQ which everyone’s been talking about.”

Group SHEQ Director Andrew Carpenter said the events had been a fantastic success and congratulated those involved in their organisation.
“Delivering serious health and safety messages can be difficult, but with engaging and informative speakers working in the right environment, those messages have a far greater and lasting impact,” he said.