Roger Bullivant (RB) was contacted by Buckingham Group to assist with the piled foundations for the new stand at the Oval.

The scheme at the south London home of Surrey County Cricket Club involves demolishing the existing Lock Laker Stand and another single-story building, before building a three-story spectator stand.

One Oval Square will feature two new roof terraces floating over the existing Peter May Stand, increasing the capacity of the ground by 2,303 seats to 28,000 which is due for completion in time for the 2021 season.

The new development will also contain hospitality space including a room capable of holding 900 people as well as bars and a restaurant.

The project is part of a wider £50m redevelopment masterplan which will see the Oval transformed into the largest cricket stadium in the western hemisphere, with a capacity of 40,000.

The project comprised load-bearing piles to the foundations of the new stand, RB proposed Continuous Flight Auger (CFA) Piles for the majority with some Sectional Flight Auger (SFA) Piles in the restricted headroom areas.

RB provided a design methodology to suit the underlying ground conditions with the sequence of strata compromising of Made Ground overlaying Kempton Park Gravels which extended to depths of 7m below ground level. The London Clay formation is present below the Kempton Park Gravels to depths of 25m with underlying Lambeth Group to the maximum depth of 34m borehole provided.

The site had a challenging small footprint and Buckinghams had a tight programme of delivery which would see demolition works continue whilst RB would have 2 rigs working simultaneously installing piles.

RB has a diverse range of plant and equipment that suits all different site environments. This allowed us to deliver the full scope of works on this project inclusive of the restricted headroom piles.

Some of the old stands steel structure was to remain in place, this meant that 59 piles positions had just 4.2m of headroom, these piles were delivered with our 10-tonne Commachio MC10 rig which installed 400mm diameter piles to depths of 18m with 1m sectional augers.

LUL (London Underground Limited) had an underground asset in close proximity to a line of piles, these piles had a 3-metre exclusion zone to consider when designed.

RB was able to effectively manage and sequence the main piling mini piling to best suit Buckingham’s programme. In addition, the variety in RB’s rig fleet enabled the ideal combination of rigs to be implemented on-site. 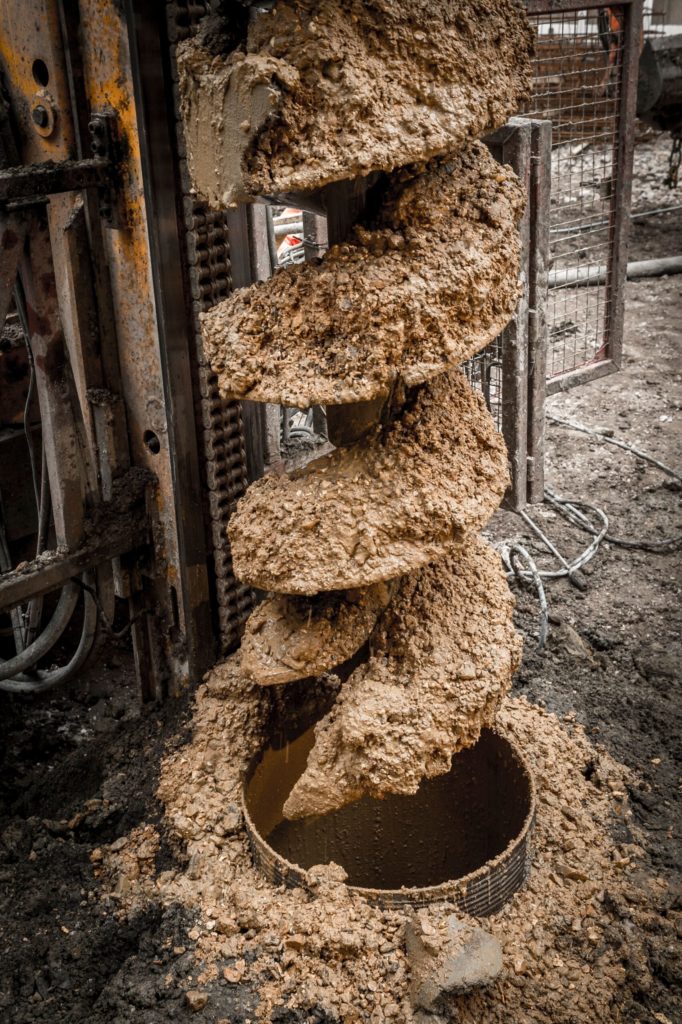 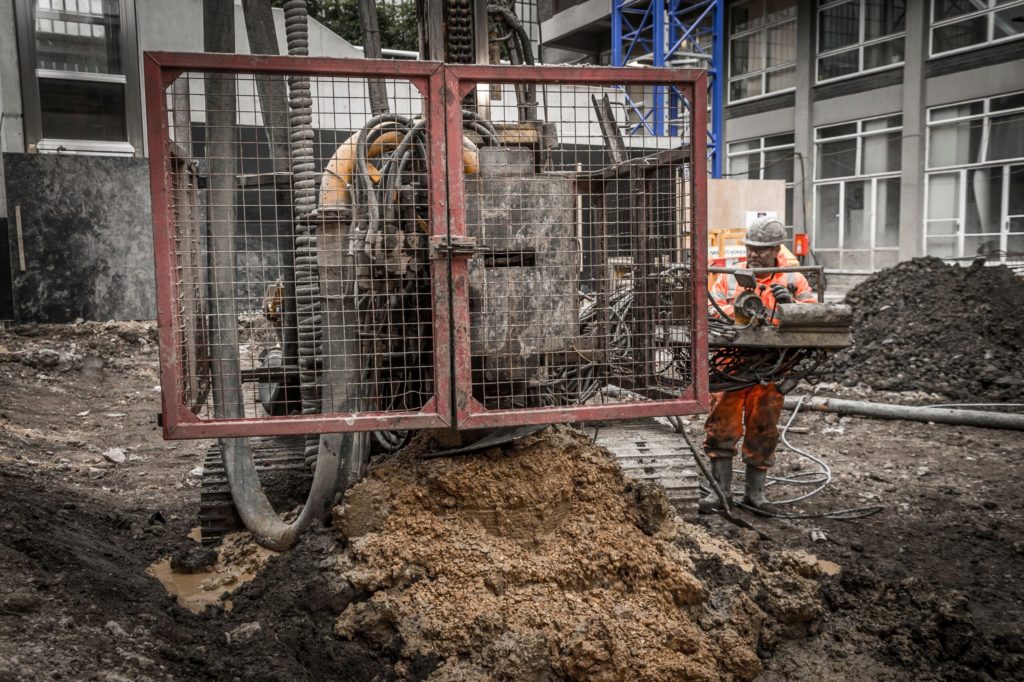