The contract was for the design, manufacture, delivery, installation and testing of 1,381 no. permanent piles to support new structures at Clay Mills Sewage Treatment Works, Stretton, Burton upon Trent, Staffordshire.

Large areas of the existing site had been filled or built up with spoil from previous excavations and was unsuitable on which to found the proposed structure. Following a detailed site technical soils survey, a piled solution was sought.

Because of the soft material at and near the surface a working platform was designed, using standard methods, which produced a platform of imported crushed stone 600mm thick.

An alternative was proposed which took the existing soil and treated it with Roadcem. RBL worked closely with the site team to ensure that the working platform was adequate for the rigs.

The adequacy was proven, and the soil modification was adopted for the working platform, saving over 600 lorry movements across a busy rail crossing.

Works were carried out adjacent to a Victorian Pumping Station with site access across a Network Rail level crossing.

The top 3.0m of made ground was remediated and a ‘RoadCem’ stabilised 250mm platform constructed for the RBL ‘Quiet Hammer’ driven piling rig.

Various services were located and identified passing through the working area including: 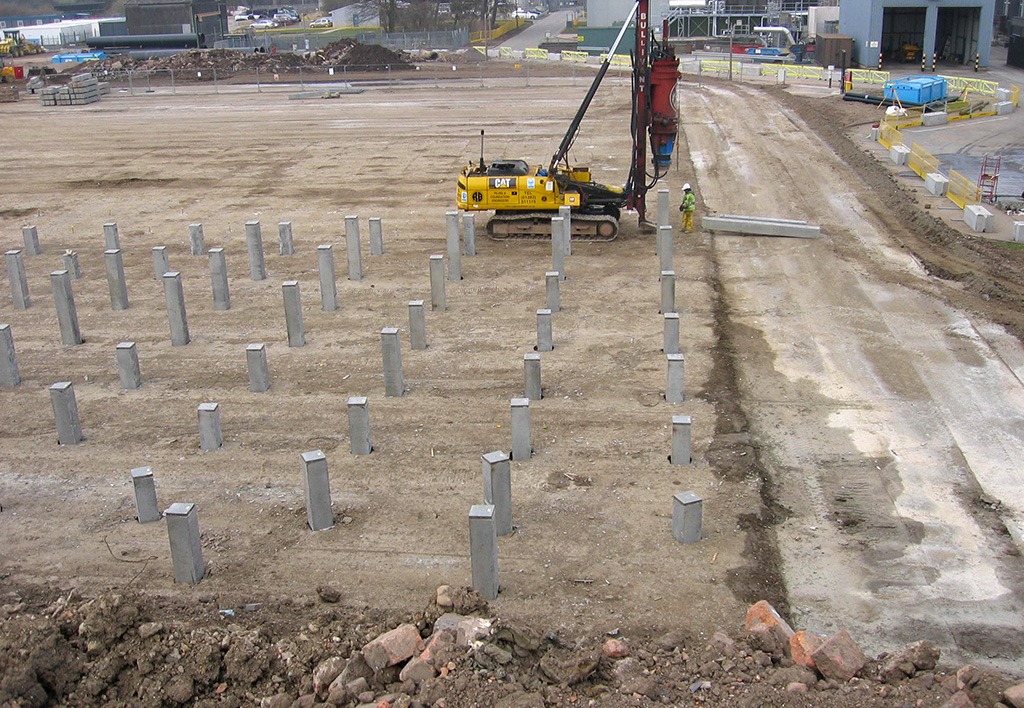 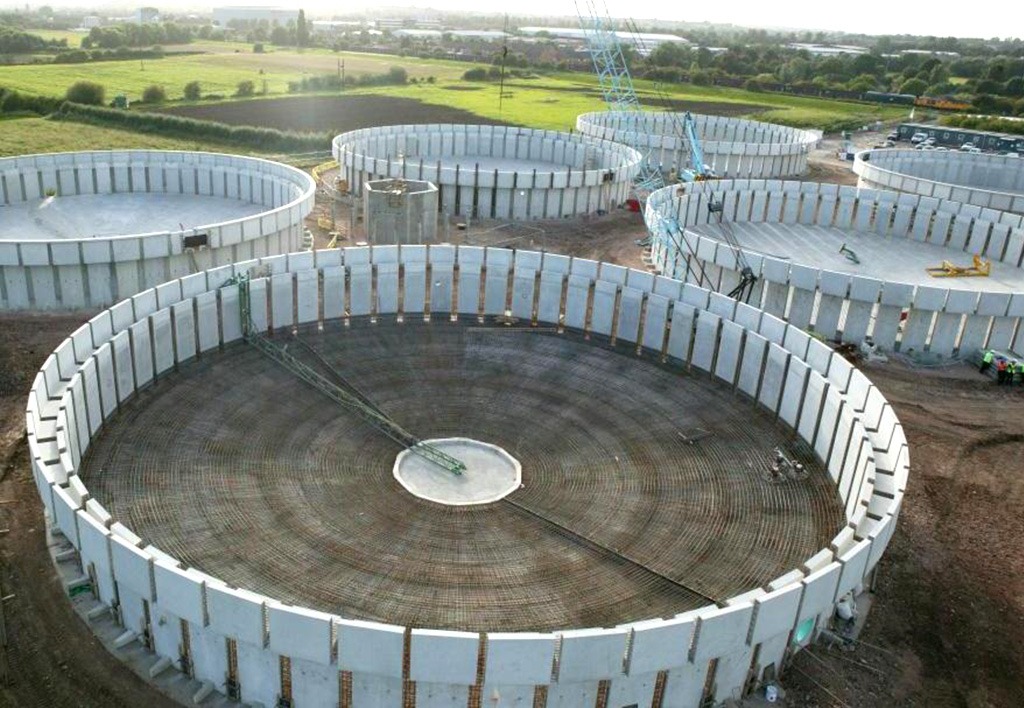 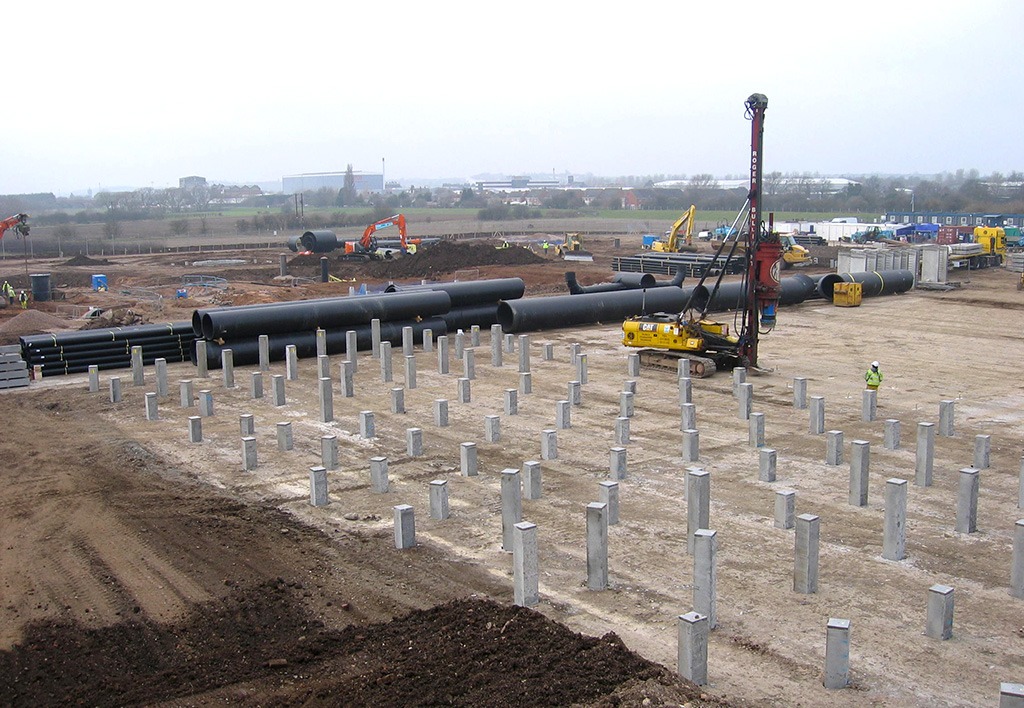 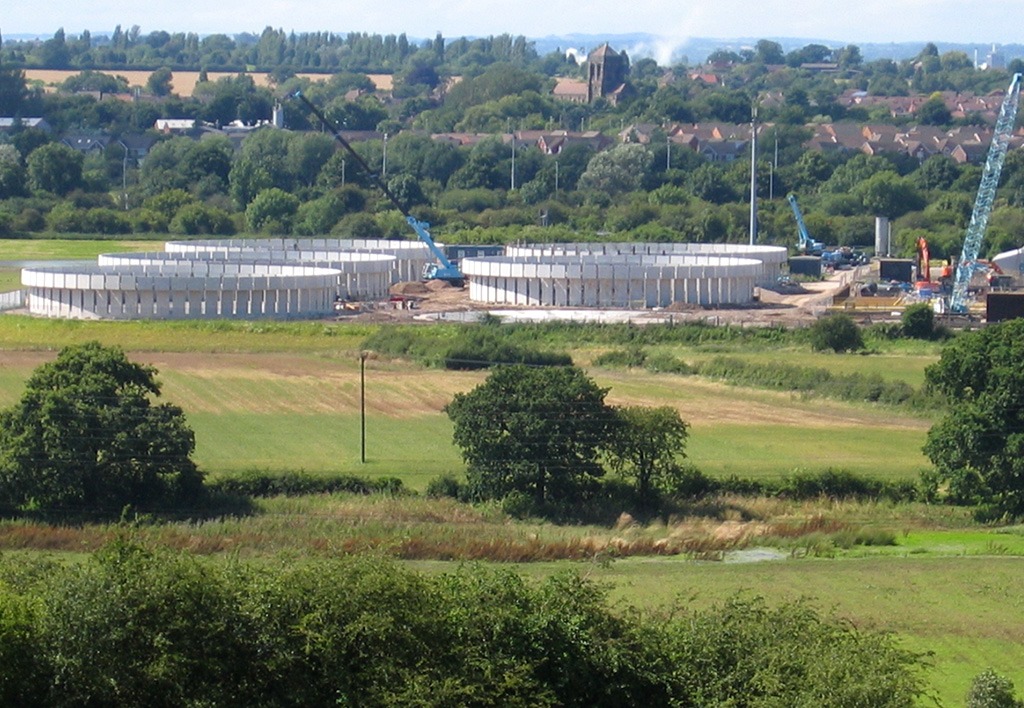