Roger Bullivant Limited (RB) was employed to install 243 No. piles required to support the Premier Inn development in Howard Street, Glasgow. The mixed-use development sees a major regeneration of the area between St Enoch Square and the River Clyde. The project incorporates ground floor retail and restaurant units beneath the seven-storey, 250-room hotel.

Due to the development’s close proximity to Strathclyde Partnership for Transport (SPT) subway tunnels, RB proposed a multi-pile type solution for the site.

223 No. CHD (Continuous Helical Displacement) piles were installed generating negligible levels of noise and vibration, and creating no appreciable arisings; meaning minimal spoil removal from site. However the remaining 20 No. piles required further consideration and a detailed design/ construction methodology, due to the neighbouring subway assets.

RB provided a design methodology to suit the underlying ground conditions and site constraints, using both information provided by the client, along with local knowledge and extensive
experience of working in the area.

The ground conditions comprised an upper covering of made ground up to 4.50m thick overlying alluvial deposits described as dense silty SAND with occasional CLAY bands, or medium dense and dense silty SAND and GRAVEL encountered to a maximum depth of 34.00mbgl, prior to encountering rockhead. Considerations regarding the piling technique and system required, were explored pre-tender, to cater for dense granular material and proximity of adjacent tunnels.

The site is located on Howard Street, situated immediately to the west of underlying SPT subway assets, which were to remain fully operational for the duration of the works. The zone of influence was deemed to be a 45-degree line projected from the tunnel invert level to ground level. The distance from the tunnel to the closest pile position was approximately 3.50m, and the invert level of the tunnel was circa 13.3m below ground level.

Stringent limits for vibration and movement were imposed on the tunnel and its surrounding ground. Vibration monitoring, tiltmeters and laser distance meters were installed (by others) prior to any piling works on site.

Prior to commencement of main site works, RB mobilised to site to carry out a trial pile, installed to replicate the working piles adjacent to the subway infrastructure. This pile was installed during weekend nightshifts, outside the operational hours of the subway. No alarms were triggered during the installation of the trial pile and the construction methodology was approved.

All pile positions which fell within the zone of influence of the underlying SPT tunnel were permanently cased to a depth equivalent to the invert level of the tunnel, prior to the installation of load bearing Ischebeck Titan micropiles. All positions were permanently cased using Atlas Copco’s Elemex rotary percussive air-flushed drilling system. All piles which encroached this line of influence were formed by installing a 324mm diameter casing through all overburden material, terminating beyond the underside of the tunnel invert level at a depth of 14.0m.

Following the installation of the sacrificial pile casings, RB installed 103/78 Ischebeck Titan micropiles. The pile consists of a continuously threaded, hollow stem steel reinforcement tendon combined with an OPC grout body. The profiled surface of the grout body transfers the compression and/or tension forces into the ground. The Ischebeck Titan micropiles were installed using a rotary percussive Sonic SD3 drill rig in a one-visit drilling operation. The installation procedure used a weak flushing grout to stabilise the annulus, consequently eliminating the use of full-depth casings.

The Ischebeck Titan micropiles were installed to circa 35.0m depth, ensuring a nominal one-metre socket into the underlying sandstone bedrock, for maximum working loads of 850kN (compression), 200kN (tension) and 50kN (lateral).

A further static load test was carried out on a working pile and returned excellent results, well within tolerances set by the project engineer. 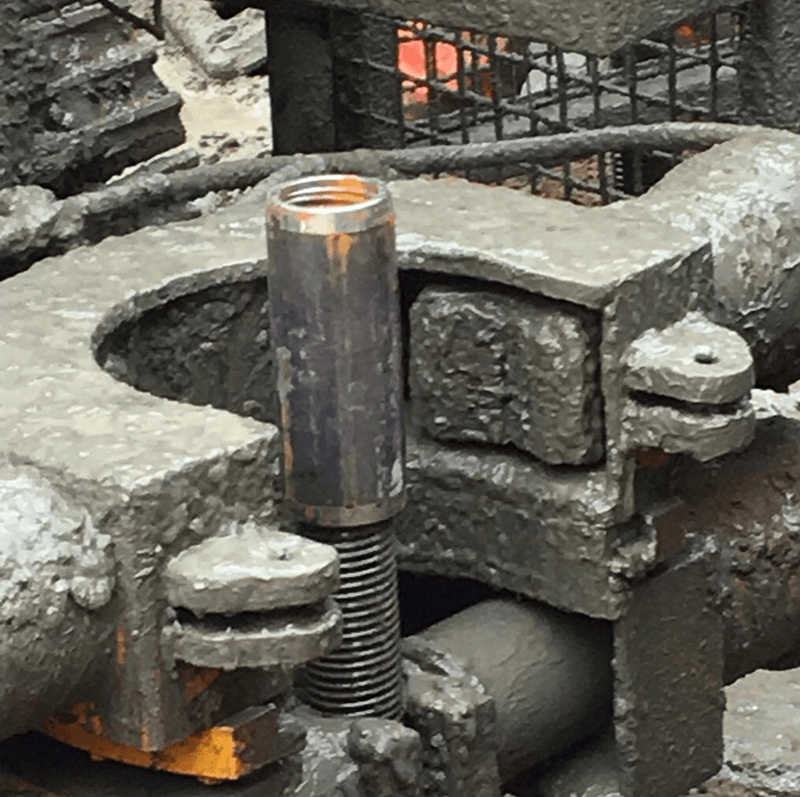 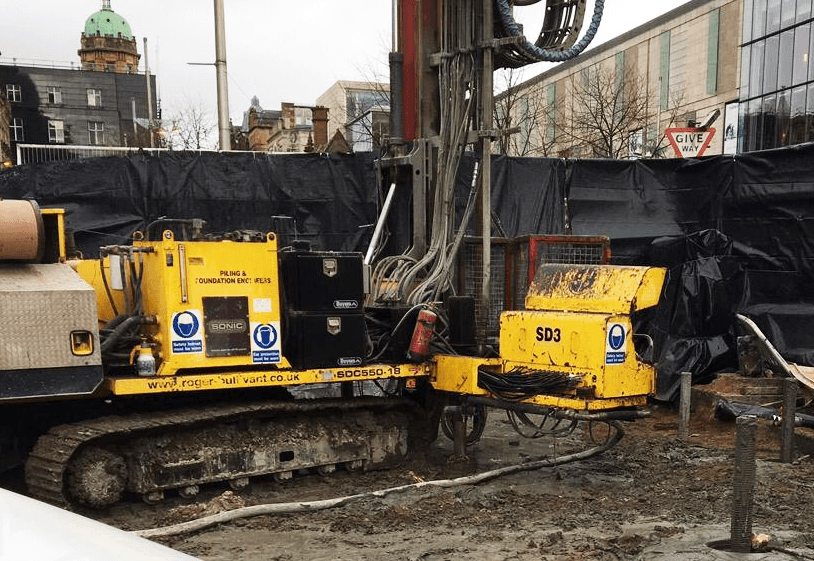 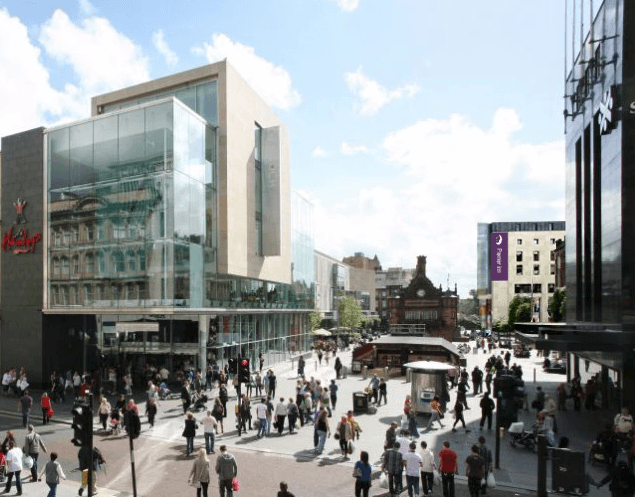